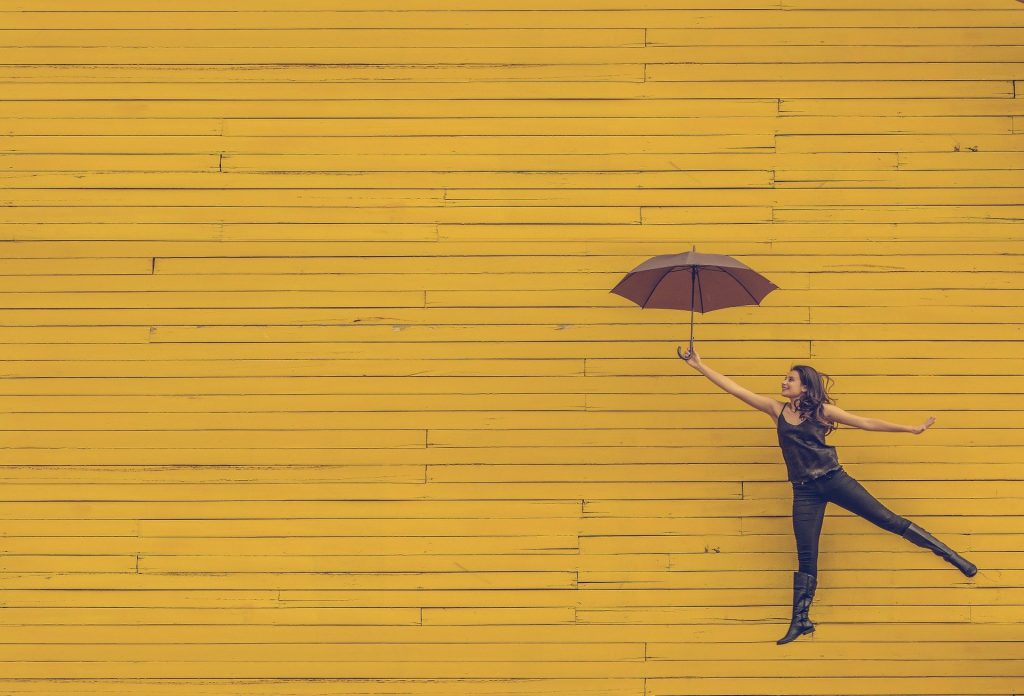 Dopamine, commonly considered the ‘happiness chemical’, is often misunderstood. Dopamine is more involved in the anticipation of an event or feeling than in the actual feeling of happiness. For example, missing someone can give us an excited anticipation of when we are going to see that person again, which can be a stronger feeling than actually seeing the person. This is due to the rise in dopamine levels during the anticipation. Similarly, during sexual arousal, simply the anticipation of sex can sometimes be more arousing than the event itself. A further example is ordering food. Ordering a pizza, creates an anticipation and expectation, resulting in a dopamine release that lasts all the way up to the first bite. Dopamine levels have been found to be higher in people who live extroverted lives with less inhibitions, and lower in those living introverted lifestyles with more inhibitions1)Bergland, Christopher. “The Neurochemicals Of Happiness”. Psychology Today, 2019, https://www.psychologytoday.com/us/blog/the-athletes-way/201211/the-neurochemicals-happiness. Accessed 3 Dec 2019.. Dopamine is considered to be a ‘reward chemical’, as it its release is driven by reward seeking behaviour.

Oxytocin is the neurochemical that has allowed humans to become social creatures. It is responsible for the feeling of empathy, which makes us feel closer to others by encouraging social bonding during its release. Oxytocin is found in high concentration in the brains of pregnant women during and post labour. Oxytocin levels are low during the teenage years, or in the brains of those living an introverted lifestyle. The results of oxytocin release are dependent on the environment, however, as the same chemical can produce memories of a negative bonding experience. In a study published by the PNAS in 2010, a sample of men were dosed with oxytocin and asked to write about their mothers. Those with a positive mother-son relationship came to consider their mothers as more caring, whereas those with troubled relationships came to describe their mothers as less caring. Oxytocin was found to potentially help in the formation of social memories, regardless of whether those memories are good or bad.

Serotonin is the neurochemical that regulates mood, good or bad. It is a regulator, meaning that it plays a role in the control and maintenance of homeostasis within the gut system, affecting physiological processes such as the absorption of nutrients, blood flow, and the health of the immune system. 80% of the body’s serotonin can be found in the gut microbiome, and it is governed by hunger. This is why hunger is often associated with a bad mood. Serotonin is a neurotransmitter, which means that it carries information along and between neurons. It functions as a mood stabiliser by helping to alleviate feelings of anxiety and depression. Serotonin is also known as the ‘confidence molecule’, as it is has been found that high levels of serotonin correlate with lower rejection sensitivity, enabling an individual to place themselves in situations that will increase self esteem and feelings of worthiness.

Endorphins are hormones secreted by the brain and play a role in the masking of pain or discomfort. These hormones are strongly associated with the fight or flight response that we have carried throughout our evolution. The brain secretes endorphins as a response to pain or stress, but also during, exercise, eating, or sex. The word ‘endorphin’ comes from the combination of two words; ‘endogenous’, meaning ‘within the body, and ‘morphine’, and opiate pain reliever.  Endorphins are the body’s natural pain relievers. They also play a role in the alleviation of depression, in that endorphins are released during exercise, and exercise has been shown time and time again to help those suffering from depression.

The combination of dopamine, oxytocin, serotonin, and endorphins creates different desirable states of mind. The DOSE chemicals can be manipulated by the use of recreational drugs, pharmaceuticals, long term meditation practices, or maintenance of good physical shape, but recent scientific breakthroughs allow us to further understand the mechanics of our neural machinery, and better understanding can lead us to find new, alternative ways to take control over our brain chemistry.

Please keep an eye out for our forthcoming articles on happiness, and if you have a client, or know of someone who is struggling with seriously low moods during these dark winter months – reach out to Khiron. We believe that we can improve therapeutic outcomes and avoid misdiagnosis by providing an effective residential program and out-patient therapies addressing underlying psychological trauma. Allow us to help you find the path to realistic, long lasting recovery. For information, call us today. UK: 020 3811 2575 (24 hours). USA: (866) 801 6184 (24 hours).